“Where are you from?” and I proudly say “I’m from Slovenia”. Typical respond I get to this is, “Excuse me! What, where, what?!?!”. Yes that’s how it usually goes! Or there might be “Wow, you are the first person I ever met from this country” , “It’s one of the states in America, right?!” or “It’s in Asia right?!”. I seriously get all sorts of answers and questions so it’s hard to surprise me, but when American tells you it’s one of states in America or Italian asks you if it’s in Asia, that’s seriously bottom line.

Joke on a side, let me introduce you to this amazing, beautiful and charming little country I call home!

With population just a little over 2 millions and area of 20.000 square kilometres, this is one of the smallest countries in the World! But here you can find such a diverse landscapes on such a small area, it’s amazing. In the north you have Alps, then in south/southwest you’ve got Karst region and Adriatic Sea, all the way to east you’ve got wine regions, beautiful hills and thermal waters. Just incredible!

Our flag consists of white-blue-red stripe, which are colours most of Slavic countries use in their flags. There is also coat of arms on our flag which consists of a blue shield with red edges on which you can find white Mount Triglav (our highest mountain), under it two blue wavy lines representing our sea and rivers, and last but not the least there are also three golden six-pointed stars on top of Triglav.

We share borders with Italy in the West, Austria in the North, Hungary in the Northeast and Croatia in the South and East. 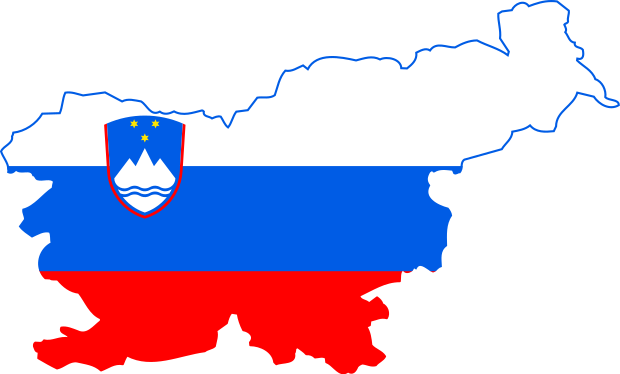 Official language is Slovenian! But we have tons of dialects, once I read research that Slovenia has 55 dialects, which makes us #1 as The country with most dialects per capita!

And we are the only country with word LOVE in our name!

This site uses Akismet to reduce spam. Learn how your comment data is processed.

My name is Nastja and I’m from a tiny little country called Slovenia. I’m a travel/lifestyle blogger and potterer. I also love cats. Definitely a crazy cat lady over here!

Welcome to my blog!

This error message is only visible to WordPress admins


Error: API requests are being delayed for this account. New posts will not be retrieved.

Make sure this account has posts available on instagram.com.

Brownie on the go

Brownie on the go